Victoria Park: on this site, in 2022, nothing happened.

For thirty years, people had gathered at the park in Hong Kong in remembrance of those who died on 4 June 1989, at the hands of a regime that sent its military on its own people. Hong Kong had been the only city in China where large-scale commemorations took place – and were allowed to take place. For thirty years, people listened to speeches, sang songs, and lit candles on the night of 4 June.

It had not been smooth sailing. In 1997, before Hong Kong’s handover of sovereignty to China, its chief executive–elect pressured the organisers of the vigil to desist. He failed, and tens of thousands of people attended the vigil that year. After 2014, as the localist and pro-independence movements emerged, many youths abandoned the vigil, criticising both the views and actions of the organisers. Seeking to carve out a distinct Hong Kong identity, they were keen to challenge the nationalistic ideology grounding the vigil, and argued that the vigil had been ritualised and was ineffective.

Yet Hong Kong’s protest movement of 2019–20 changed everything. The need to clamp down on ‘rioters’, together with the need to manage the coronavirus pandemic, gave the government all the justification it needed to ban large-scale public demonstrations. In subsequent months, amidst a crackdown on civil society, the organisation that had run the vigil for thirty years disbanded in 2021. Armed with the colonial-era Public Order Ordinance and the recently enacted Hong Kong National Security Law, the police force has all the tools it needs to discipline all offenders of the law.

For thirty years, people had congregated in darkness on the football pitches of Victoria Park, illuminated chiefly by the light of the candles they held. Now the candles in Victoria Park have been extinguished. Dazzling white lights shine on the same football pitches, just like any other night, except without any players. The subversive elements have been crushed; the threat to national security has been removed. The future of Hong Kong, and of China, has never been brighter. 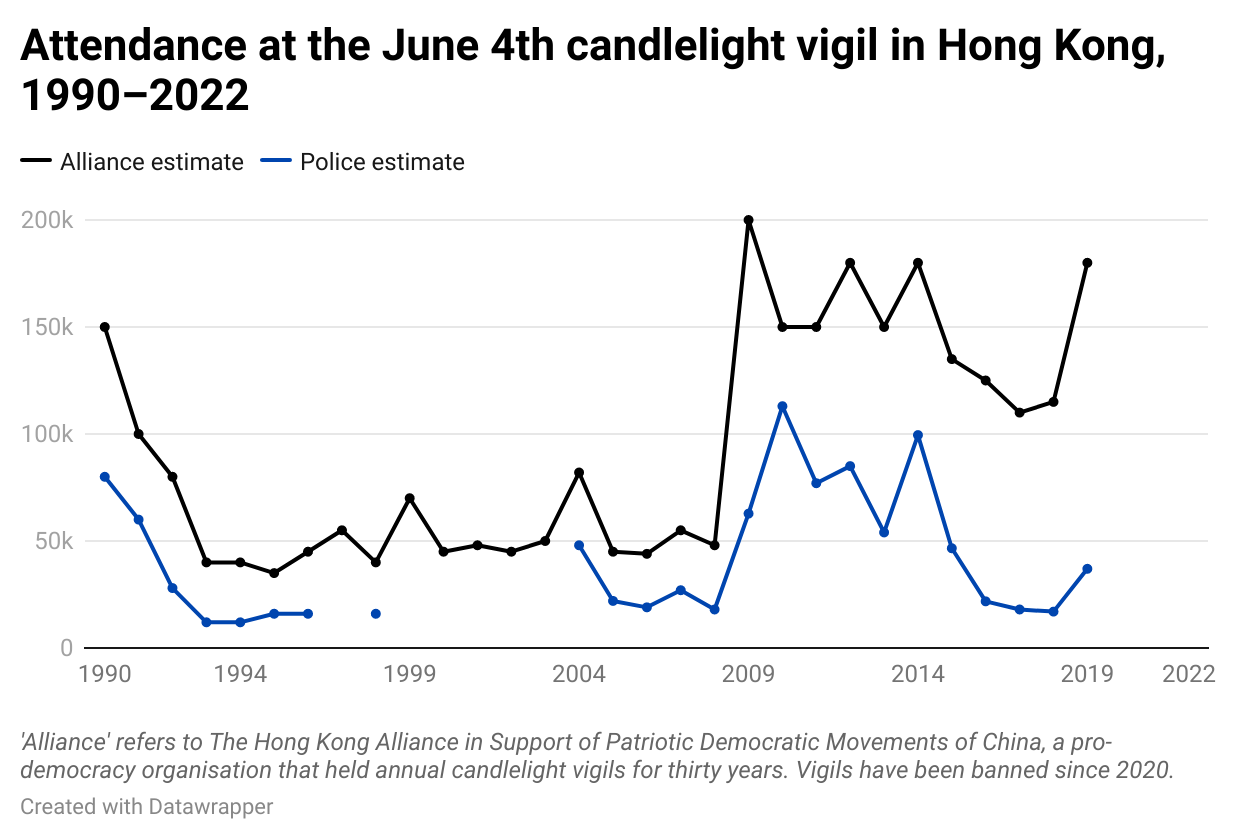