The ‘freedom to choose’ has become so fundamental to modern (might I say, western) societies that it is essentially considered a basic right. Any attempt by any entity to abrogate choice, be it foreign terrorists, local politicians, or even  our neighbours next door, are immediately condemned without much thought. On the contrary, increasing the number of options has generally been deemed to be one of the best ways to improve society.  The more choices in front of me at any one moment, the better.

Now, let me be clear: I don’t think choice is a bad thing. I like to be able to choose where to eat, what to wear, and where to work. But just like any other good thing, it is possible to have too much of it. And when there is too much choice, choice becomes not something that improves society, but something that harms and stagnates it.

The main problem with having too much choice, is that it causes unnecessary and often dangerous devolution of power from experts to individuals. Decision making power, once in the hands of highly trained individuals, is now in the hands of ordinary people. In the outset, this devolution of power appears to be a very good thing (“how about democracy?”, you might say).

I will highlight the disadvantages of having too much choice using three examples. The first two of the three will focus on the “dangerous devolution” mentioned in the previous paragraph, whereas the last example will focus on a general consequence of increased choice in modern society. 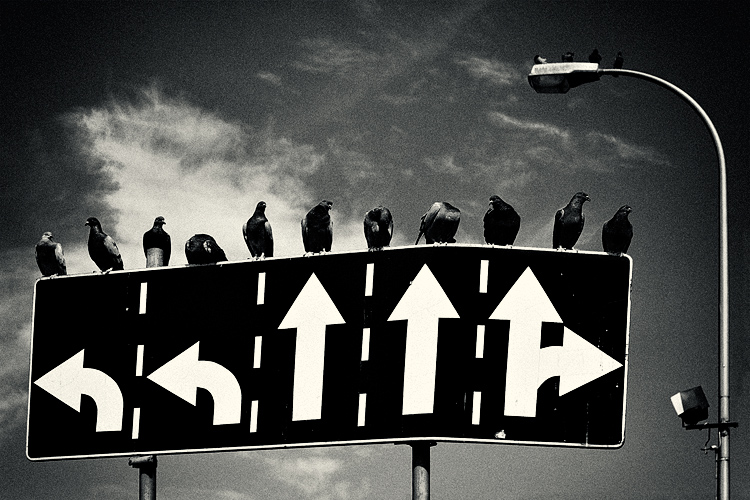 Let’s start with the example of patient autonomy. If I walked into the doctor’s office today, and was tragically diagnosed with cancer, I would suddenly be faced with a plethora of courses of treatment. The doctor would let me choose: chemotherapy? electrotherapy? oral medicine? alternative remedies? no treatment at all? The principle of patient autonomy forces the doctor to devolve health choices from him/her to me. The doctor is allowed to explain the risks and benefits of each choice to me, but is not allowed to make a decision on my behalf. This may be in good will, but it is quite clear who can make the more informed decision. I do not know better than my doctor what is best for my health condition.

In a situation of patient autonomy, even if a doctor, based on professional judgment, think that a certain course of treatment has the highest chance of success, he or she cannot compel the patient to commit to it. Instead, if the patient insists on choosing an inferior course of treatment, the doctor can do nothing about it.

A clear second example is the idea of judicial elections. Although not very common globally, elections for the judiciary are held in 39 states within the USA. Just like other elected officials, such as state governors or congressmen, judges are chosen by popular vote. While choice matters in politics, and is a key component of democracy, choosing judges via voting undermines judicial independence, and exposes the judiciary to the same pressures of the other branches of government.

“The judiciary must be free of political pressures, and be able to rule as it deems appropriate, playing the role of the ultimate arbiter.”

Opening up the judiciary to elections has caused judges in the US to increasingly become politicised and monetised. For example, Ohio Supreme Court Judge Judith L French exclaimed recently:

‘I am a Republican and you should vote for me … Let me tell you something: The Ohio Supreme Court is the backstop for all those other votes you are going to cast. Whatever the governor does, whatever your state representative, your state senator does, whatever they do, we are the ones that will decide whether it is constitutional; we decide whether it’s lawful … So, forget all those other votes if you don’t keep the Ohio Supreme Court conservative.’ (SOURCE: The Columbus Dispatch)

Within this statement, it is obvious that there is a hint of populism. Judges like French can no longer stay in office just by administering justice alone – instead, they must choose a side of society to stand on, in order to garner enough popularity to keep their jobs.

Interest groups have certainly not ignored judicial elections. Instead, they have taken advantage of the newly found freedom in choosing judges, and have spent millions of dollars in order to support certain judges which champion their causes. Back in October 2014, interest groups contributed USD$2.1m into the Illinois, Michigan, Montana, North Carolina and Ohio supreme court elections (SOURCE: Slate). A recent survey indicates that over 70% of respondents believe that judicial campaign contributions have an effect on judicial decisions.

Overall, judicial elections places judicial power and influence into the hands of people who do not have the skills to make judicial decisions. Judges in the US must now respond to both the sentiment of the people, and the bidding of moneyed interest groups.

My last example reflects upon the vast number of things we can do at any one moment in the modern world.

When my dad was in secondary school in 1970s Hong Kong, there wasn’t much he could do at any given moment. After school, there were usually only two choices: do homework, or meet up with friends and play a bit of basketball. Therefore, my dad found it quite easy to get started with and finish his work, precisely because there wasn’t really anything else he could be up to.

Today, however, things are very different. At any given moment, I can choose to chat on Facebook, scroll through Instagram, talk on Skype, check my email, play a computer game, listen to music, send a text message, do homework, or eat a snack.

There is no doubt that this explosion in choice has caused immense distraction for the modern person. We are constantly interrupted by the next buzz, ring, or vibration. The human mind needs to concentrate on a task for 15 minutes before it is fully focused. Unfortunately, the typical office worker only stays on task for an average of 11 minutes (SOURCE: Gloria Mark, UC Irvine) before he or she gets distracted by something else.

By having so many choices at any given time, we have created an entire culture of constant distraction and short attention spans. This is certainly not conducive to the learning of new information or the mastering of new skills.

Clearly, choice is something which is desirable. However, if there is too much choice, it begins to put decision making power into the hands of those who do not have the relevant skills or ability, undermines the legitimacy of institutions, and destroys concentration.

As society progresses towards the future, we should not blindly strive for greater and greater freedom of choice. Instead, we have to think carefully about what we are doing, before we increase the menu of options already available to us.