On 28/05/15, the Oxford Union debated the motion, ‘This House believes Britain owes reparations to her former colonies’, which was carried by 185 to 56 votes. Rhodes Must Fall in Oxford (RMFO) organised a protest at the debate. Later, the Union came under fire from RMFO for serving a cocktail called the ‘Colonial Comeback’ after the debate, which was accompanied in adverts by a picture of black hands in chains. RMFO’s original Facebook post can be found here, and a screenshot and full transcript can be found below. 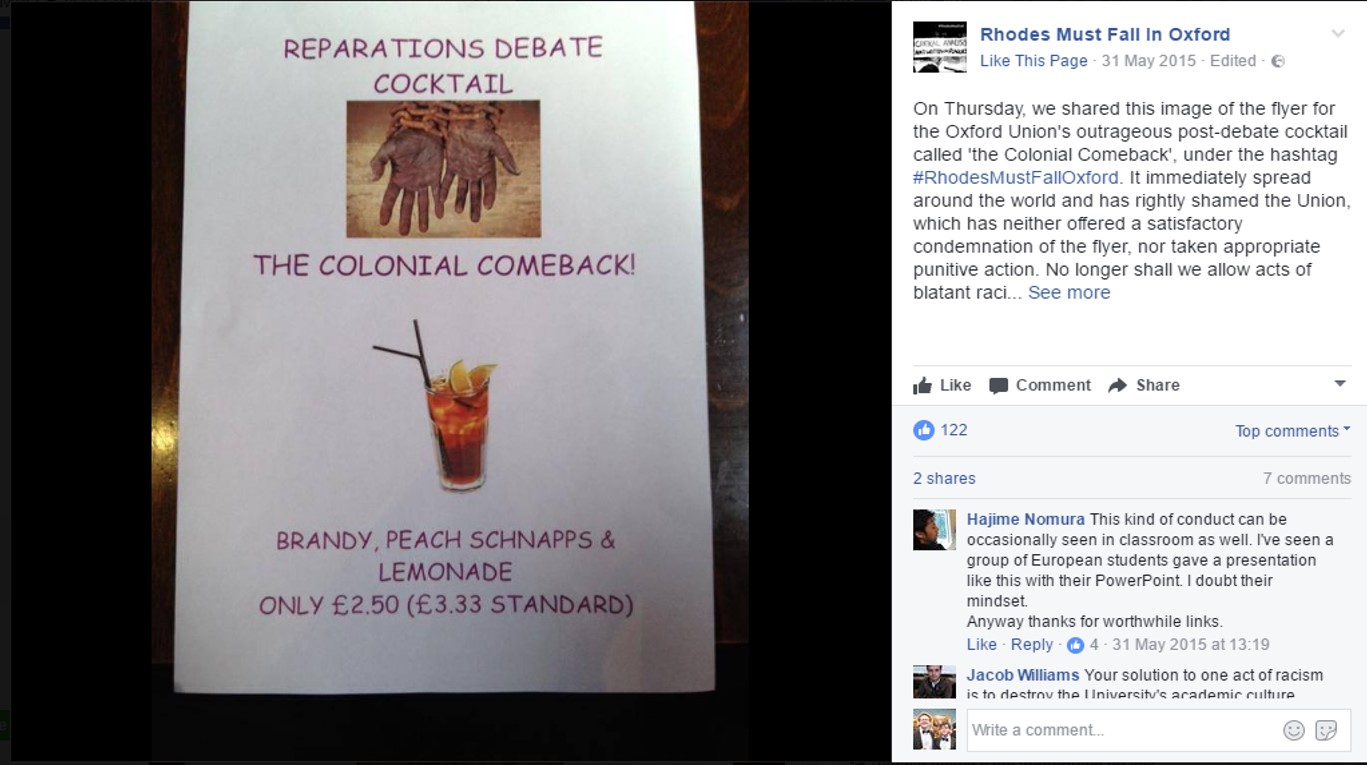 On Thursday, we shared this image of the flyer for the Oxford Union’s outrageous post-debate cocktail called ‘the Colonial Comeback’, under the hashtag#RhodesMustFallOxford. It immediately spread around the world and has rightly shamed the Union, which has neither offered a satisfactory condemnation of the flyer, nor taken appropriate punitive action. No longer shall we allow acts of blatant racism and colonial arrogance to exist unchallenged at Oxford!

Read some of the articles written about the Union’s cocktail below:

All links operational at time of publication. The Poor Print takes no responsibility for the accuracy of content on other sites, but every effort has been made to find reputable sources.