09/03/15: Chumani Maxwele, a student of political science at the University of Cape Town (UCT), picks up a bucket of human faeces on the kerbside at the town of Khayelitsha and brings it back to UCT. He throws it into the face of a bronze statue of Cecil Rhodes that has stood prominently on the university’s rugby fields since 1934, shouting ‘Where are our heroes and ancestors?’.

12/03/15: More than a thousand students gather on the stairs of Jammie Plaza, the focal point of the UCT Upper Campus, to discuss the statue and Rhodes’s role in colonising Africa. After the meeting, protesters return to cover the statue in white and red sheets. The RMF Facebook page posts its first post.

15/03/15: The statue of Rhodes is once again covered by protestors, this time in black bin-bags. RMF begins a week of daily sit-ins at the statue.

16/03/15: Several academics, the president of the Student Representative Council and ‘half the audience’ walk out of a seminar discussing the statue of Cecil Rhodes after demanding a date for removal of the statue. (See here and here.)

19/03/15: Two Oxford students, Annie Teriba and Bi Kwo, organise a ‘Solidarity Action’ in support of RMF UCT on the High Street in Oxford.

20/03/15: Students march on the UCT administrative building, the Bremner building, demanding a date for the removal of the statue. They begin an occupation of the building which lasts several weeks, supported by a collection of students, academics and members of the public, who supply the protesters with food. They ‘rename’ the building ‘Azania House’ (an older term which refers to parts of South-East Africa without  the colonialist associations of ‘South Africa’).

25/03/15: Rhodes Must Fall publishes a mission statement on their Facebook page, calling for an ‘end to institutionalised racism and patriarchy at UCT’.

27/03/15 : UCT’s Senate, a 345-member body that decides on academic matters and has representatives from all academic departments, votes to remove the statue.

12/04/15: The occupation of the Bremner Building ends after UCT serves the students an eviction letter. (See here, here, here and here for further details.)

28/05/15: Rhodes Must Fall in Oxford (RMFO) stages a protest at an Oxford Union debate on the motion ‘This House believes Britain owes reparations to her former colonies,’ which is carried by 185 to 56 votes. The Oxford Union later comes under fire from RMFO for serving a cocktail called the ‘Colonial Comeback,’ accompanied in adverts by a picture of black hands in chains, after the event.

01/06/15: The Oxford Union Governing Body passes a unanimous motion to acknowledge that the Union is institutionally racist.

17/10/15: RMFO stages a ‘matriculaction’ protest, in which students wore red while matriculating.

06/11/15: RMFO protests outside Oriel College, presenting a petition to demand that Oriel’s statute of Rhodes be taken down. (See here and here for Cherwell coverage.)

17/12/15: Oriel releases a statement responding to RMFO’s demands, announcing a six-month ‘listening exercise’ on the statue will commence from February 2016. It also states that the college intends to submit an application to Oxford City Council to remove a tributary plaque to Rhodes on No. 6 King Edward Street, an Oriel-owned property. A copy of Oriel’s statement can be found in full here; Cherwell’s coverage can be found here.

18/12/15: The Telegraph reports that a ‘senior source’ at Historic England believes that removing Oriel’s statue would require ‘a very strong justification that goes beyond moral arguments’ due to the High Street building’s Grade II* listed status. (Historic England is the public body that is responsible for preserving the UK’s historic buildings. The legal requirements were later expanded upon by The Times.) 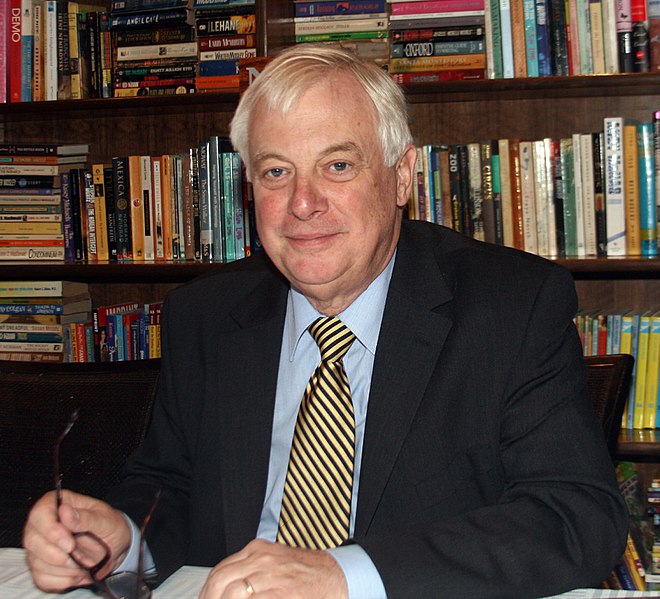 13/01/16: Chris Patten (Baron Patten of Barnes and Chancellor of Oxford University) attacks RMFO in an interview on Radio 4’s Today problem. He argues that RMFO should show more of a ‘generosity of spirit’ towards Rhodes and other aspects of history, or ‘think about being educated elsewhere’. (See here for an article, or here for the original interview.)

18/01/16: A YouGov survey of 1,733 adults across the UK finds that 59% believe the statue of Rhodes should not be taken down. (11% say that it should, while 29% say they don’t know.) The same poll finds that pluralities believe that the British Empire was a good thing (43%) and that Britain’s history of colonialism is something to be proud of (44%).

22/01/16: University College JCR votes to petition University College to rename their ‘Rhodes Computer Room’ – see here and here. (The room was not, in fact, named after Rhodes himself, but instead named after a group of Rhodes scholars. Univ JCR was aware of this at the time of the vote. The college later rejected the students’ calls.)

26/01/16: St Anne’s College MCR votes to ‘unequivocally support the aims and goals of Rhodes Must Fall movement in Oxford’. Just a day later, St Anne’s College JCR votes against a motion calling for a public announcement of JCR opposition to the removal of the Rhodes statue.

29/01/16: The Telegraph runs an article alleging that Oriel’s decision not to remove the statue was largely prompted by ‘threats’ (Telegraph wording) from donors to withdraw substantial donations, including a £100m legacy. Members of Oriel’s Governing Body have since stated repeatedly in communications with students and elsewhere that they were unaware of the £100m legacy when making the decision. They have also stated that communications with alumni were not the prime motivation for the early conclusion of the listening exercise, and that there has been no substantial impact on finances as a result of the protests or the college’s actions.

03/02/16: Oxford University Student Union (OUSU) votes in favour of an emergency motion criticising Oriel’s ‘failure to follow through on commitments made to students which primarily affect those in already marginalised and oppressed groups’. Oriel JCR and St Peter’s JCR had also voted in favour of similar motions in the days preceding the OUSU meeting.

09/03/16: RMFO members lead a ‘mass march for decolonisation’ through Oxford to highlight various features of Oxford that they see as glorifying Oxford’s colonial legacy.

03/06/16: RMFO members disrupt a meeting on contextualising the Rhodes statue that was intended only for Oriel members.

20/06/16: Oluwafemi Nylander of RMFO stands shirtless and in chains outside All Souls College, Oxford, protesting the name of All Souls’s Codrington Library and a statue of former fellow Christopher Codrington within the library.[1]

02/12/16: RMFO returns to Oriel to stage another protest a year after Oriel’s original announcement of their ‘listening exercise’.

14/01/17: Oriel holds two internal meetings to discuss the appropriate means of contextualising the Rhodes statue: one for Oriel alumni and one for current College members and staff (see The Poor Print’s report here for the latter).

10/11/17: All Souls College announces that it will launch an annual scholarship scheme, funding the studies of one graduate a year from Caribbean countries. It also announces a five-year grant of £100,000 will be given to Codrington College, St John, Barbados.[1] See here and here for news reports.

20/12/17: All Souls College announces it will install a ‘memorial tablet’ outside its Codrington Library with the text: ‘In memory of those who worked in slavery on the Codrington Plantations in the West Indies’.

[1] Upon his death in 1710, Christopher Codrington made an endowment of £10,000 (worth millions of pounds in today’s money) to All Souls College. The money was to be used for the construction of a new library, which eventually resulted in the Codrington Library. Codrington’s fortune came from Barbadian sugar plantations worked by slaves.

Iconography-related campaigns and campaigning groups from elsewhere are discussed in another article in this Special Report, ‘Iconography Campaigns: A Global Perspective’. The relationship between these campaigns and the broader ‘safe space’ movement is discussed in the article, ‘Safe Spaces and Student Protest’.

All links operational at time of publication. The Poor Print takes no responsibility for the accuracy of content on other sites, but every effort has been made to find reputable sources.

This Timeline has had multiple revisions and updates since first publication online. Last update: 23/01/18.

13 thoughts on “Rhodes Must Fall: A Timeline”